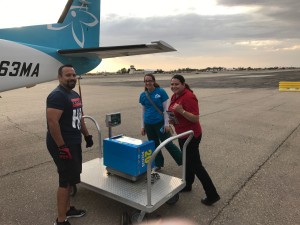 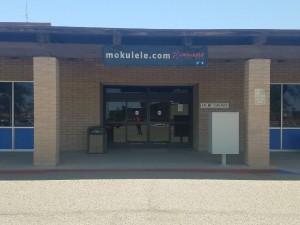 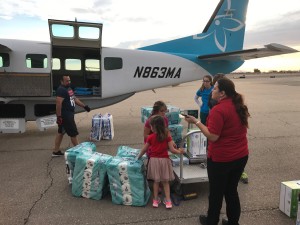 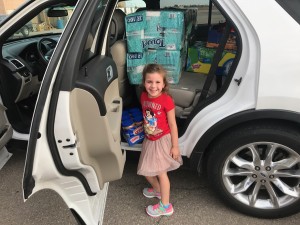 Mokulele Airlines will operate an airlift of hurricane relief supplies for the residents of Rockport, TX which was hit directly by Hurricane Harvey.  Rockport remains without electricity and water with nearly all of the homes and businesses destroyed or damaged by the hurricane.  Mokulele is coordinating the airlift for Rockport with the support of the Rotary Clubs in Kona, HI, Imperial, CA and El Centro, CA.  Ron Hansen and Rob McKinney will pilot the flight to South Texas on Saturday.  Hansen, CEO/Owner of Mokulele is a previous resident of Rockport and a member of the Kona Rotary Club which is directing the relief flight. The flight will depart Imperial (IPL) tomorrow morning with a load of relief supplies. The Imperial Valley, CA Rotary Clubs and the Kona Rotary Club have teamed to purchase the humanitarian supplies to be delivered to Rockport (RKP) aboard a Mokulele Caravan which is based at Imperial, CA (IPL). Upon arrival at RKP the supplies will be distributed by volunteers from the Rockport Rotary Club. “The overall intention is to give a helping hand by providing relief and to support the victims of Hurricane Harvey.”  Rob McKinney – President of Mokulele.

Mokulele Cares is an ongoing corporate program which represents a strong and caring company committed to giving back whenever possible. Mokulele Airlines is active in the communities they serve in Hawaii and California. Mokulele’s core values are Safety, Integrity, Reliability, Family/Ohana and Aloha.

About Mokulele Airlines: Mokulele is the second largest airline in Hawaii by daily departures. Mokulele was founded 23 years ago in Kona, Hawaii and has 265 employees. Mokulele operates 15 late-model Cessna Grand Caravans and provides over 120 daily flights between seven airports on Oahu, Maui, Molokai, and Hawaii. In addition, Mokulele provides Mainland service between Imperial / El Centro, Santa Maria and Los Angeles, as well as, their newest destination, Burbank, CA.