Southern Airways announced today that Mokulele Airlines, the carrier that it purchased in February, will add a new route between Kahului and Lanai City in June.

Southern Airways, which was founded in 2013 and has been on a strong growth trajectory over the last several years, made the announcement this afternoon during a press conference at Mokulele Airlines’ terminal at the Daniel K. Inouye International Airport on Oahu. 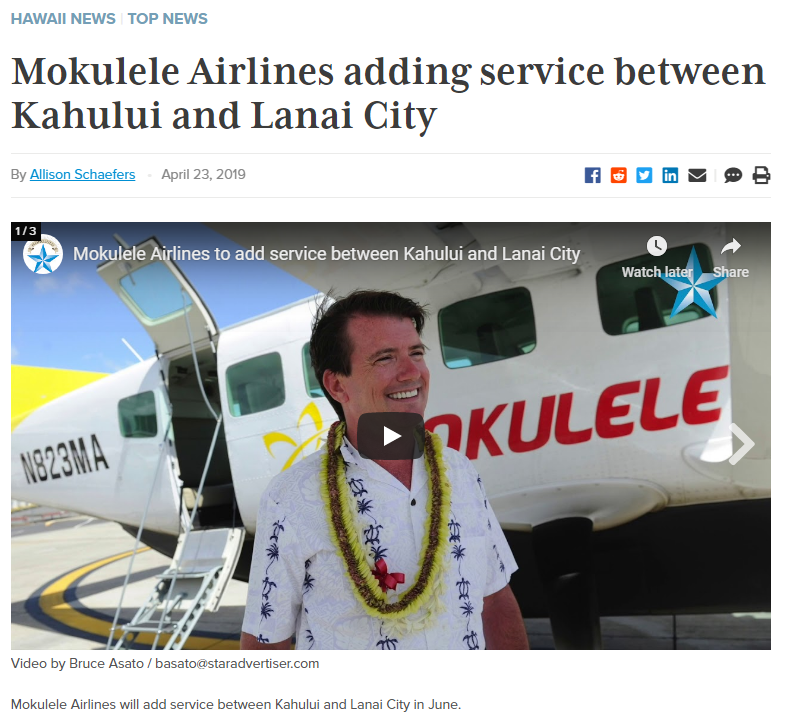